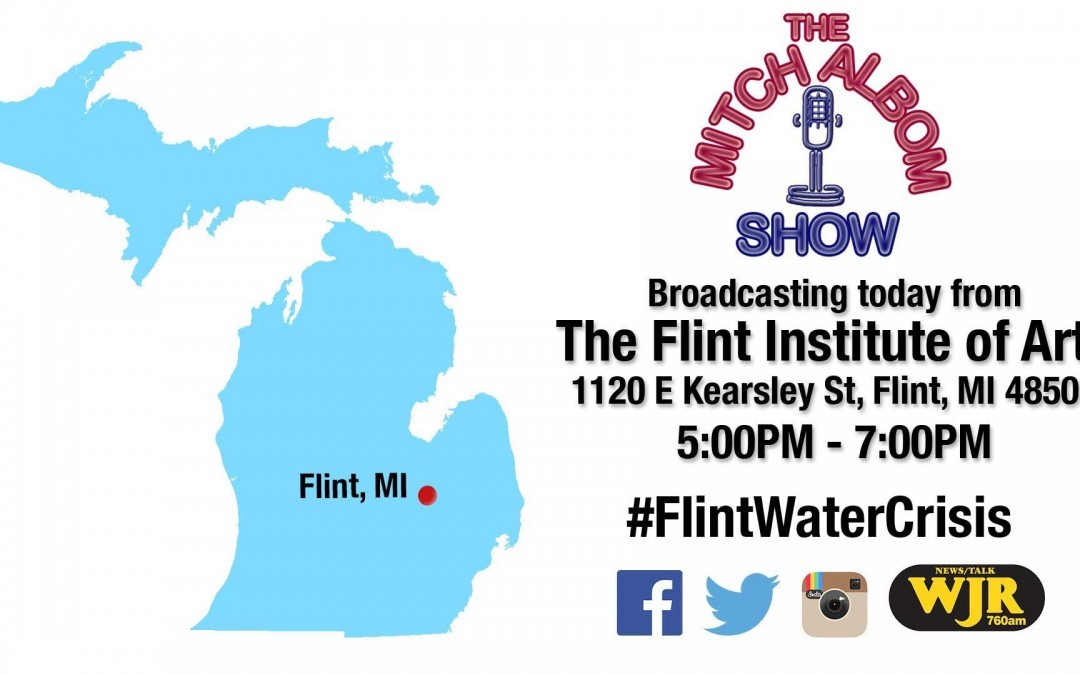 The Mitch Albom Show broadcasted live last night from the Flint Institute of Arts to speak with residents, non-profit organizations and the Mayor of Flint about the water crisis.

Melissa Mays founder of Water You Fighting For, a non-profit organization dedicated to collecting and distributing bottled water to the citizens of Flint sat and spoke about how the people of Flint have been lied to and let down too many times. Everything that has transpired has been a “failure parade.”

The Mayor of Flint, Karen Weaver even stated that “…we don’t trust those people. We have to have independent people come along with testing the water. We don’t believe the results that they give us.” To have that trust broken by the state representatives is outrageous and unforgivable.

When asked if audience members would like to speak, 10 year-old Meredith Knight spoke of her confusion and the misinformation and fear that has grown among students like her.But she does know that this poisoned water can have a terrible impact on her future. “I’m scared that I won’t grow up to be smart. And that I won’t be the best I can be.”

What do you do when your state senators and government officials lie blatantly to the public? Can this trust be repaired? Is there a future for the city of Flint? As new information is being revealed daily, the only certainty that these residents, celebrities, and every person that has donated a bottle of water, must be united not only in the short-term response to the crisis but in the long-term investment in the treatment of all children adversely affected by lead poisoning.

The Mitch Albom Show is proud to announce that with the generous support of show sponsor Absopure, a semi-truck filled with bottled water will be arriving in Flint by Friday, January 29.

Listen to highlights from the show: