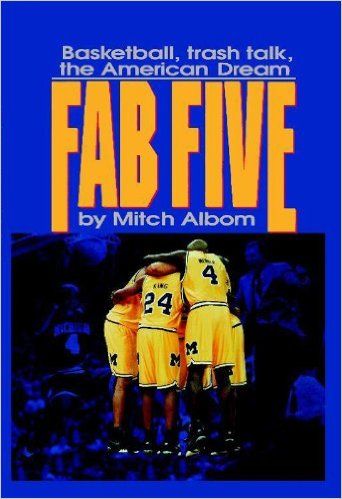 “This book is both an indictment of the hypocrisy and greed of big-time sports and a breathless rendering of its addictive excitement.” –USA Today

They were too young. They were too outrageous. And you couldn’t keep your eyes off them. Fab Five is the story of the most popular—and controversial—college basketball team ever.

Talking trash and wearing long, flapping shorts, the Fab Five of Michigan shocked the world by reaching the NCAA championship games as freshmen, then repeating that feat as sophomores. They were hailed like NBA pros, cheered like rock stars. But their spotlight life was filled with demons and challenges. Fab Five is the inside account of the making of a legendary team, one kid at a time:

Fab Five is a riveting story of fame, youth, dreams, and heartbreak. Expertly reported and written with grace and a dab of humor, Fab Five is more than a sports story. It’s an American tale.

“What the reader can expect is a sports book that transcends sports. It’s about dreams and perceptions . . . Mitch Albom accomplishes the most difficult of tasks: He makes a sports book seem like a book about real people, one you should read whether you like sports or not.” –Boston Sunday Herald

“This books is an excellent portrait of a team teetering on the brink of triumph or disaster, and an entertaining glimpse into the hyperbole that’s made college basketball such an emotional sport.” –San Francisco Chronicle

“The tale of fame, youth, money, friendships and broken promises is much more than just a sports story.” –Basketball Digest

“Albom gets close to all the principles in the book and shows how they matured, how their loss taught them that the game they played wasn’t all winning and losing . . . he gets to the point in a high eloquent and understandable manner and writes with spectacular precision.” –Miami Hurricane 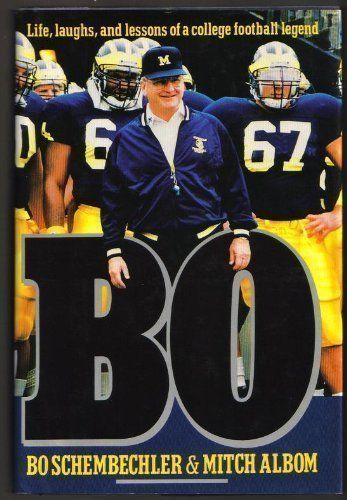 His name is legendary in college football, synonymous with championships, crushing defense, showdowns between his Michigan Wolverines and Ohio State, Rose Bowl agony, sideline explosions, self-deprecating humor, and brash opinions on the way the game should be played. They call him “the Dean of college football.” Now finally, the Dean speaks out—on the great coaches (Bryant, Parseghian, Hayes) who inspired him, his secrets to motivating players in the pursuit of excellence, and the current woes of college football from steroid use to the shallow new breed of “face men” coaches.

Most of all, here’s the story of one older man—the man Bobby Knight called “the greatest coach of anything in America”—trying to create lifelong memories for a team of younger men, year after year, with blood, sweat, screams, and undying love.

“This book is just like Bo—hard hitting, direct, funny, and exploding with color. I’m surprised it doesn’t jump up and tell you to take a lap.” –Dan Dierdof,ABC’s Monday Night Football

“The ‘Straight Talk’ section is a masterpiece of sound thinking and should be required reading of every college coach in the country. BO may be the most important sports book in a long time.” –Bobby Knight, Head Coach, Indiana Basketball

“What strikes me about Bo is what struck me about Bear Bryant. He’s old-fashioned, gruff, and maybe the best darn coach in America.” –Keith Jackson, ABC Sports

“This book is an inspiration to those of us who still believe you can win by doing things the right way. Bo the man is a cherished friend; BO the book is a winner.” –President Gerald Ford

“If you like Michigan, you will love this book. If you hate Michigan . . . borrow the book. It will give you a better insight into the man . . . and respect for the things he has represented for so many years.”  –Ann Arbor News 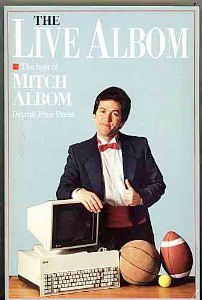 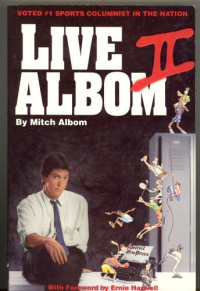 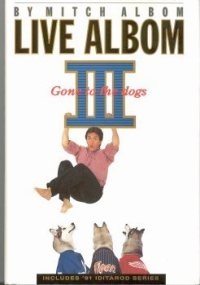 “Albom has aplomb. Albom is a balm. Albom is not a bum. I have been reading Mitch Albom ever since he was the writer to be named later in the deal that sent me to Los Angeles. Most people, me included, think Detroit got the best of it.” –Los Angeles columnist Mike Downey

“Mitch Albom has style, a nice attitude in his point of view, never pretentious, the mark of a pro in that he makes it look easy. His style grabs you in the opening sentence and doesn’t let go.” –Elmore Leonard

“Mitch is one of two writers in Detroit who might kill the Lions, but he does it with class.” –Lions defensive tackle Eric Williams

“He’s the best I’ve seen over the 16 years that I’ve been in pro hockey. He writes with such great personal feelings. When he writes a story it touches you and it stays with you . . . He’s your (the Free Press’) Stevie Yzerman. He’s your star . . . I think he’s a genius.” –Red Wings coach Jacques Demers

“This young guy is clever, interesting and very knowledgeable. All of his writing has been enjoyable. And for me to say something nice about a sports writer is rather unusual.” –Michigan coach Bo Schembechler

“Mitch Albom is a Hall of Famer.” –Dick Schaap

“There aren’t enough adjectives to describe Mitch Albom as a columnist, but to use a few—humorous, intelligent, compassionate, insightful. He’s easily one of the country’s top ten.” –Pistons coach Chuck Daly

“Mitch Albom writes with insight and compassion He is one of America’s best young sports columnists.” –Bob Costas, NBC Sports

“He’s almost as good in the newspaper as I am on TV.” –Don Cherry, “Hockey Night in Canada”

“Mitch does more than a sports column. He gets involved in the event and gets you closer to the people.” –Walt Terrell, Detroit Tigers pitcher

“Now I know what sports editors mean when they tell writers, ‘Make it sing.’” –Scott Ostler, The National

“Not only do I hate him because he wins all the awards every year and is much younger than I, but he’s also the best piano-playing sports writer since George Gershwin’s younger brother, Bubba.” –Tony Kornheiser