Everyone joins a band in this life.
Some of them play music. 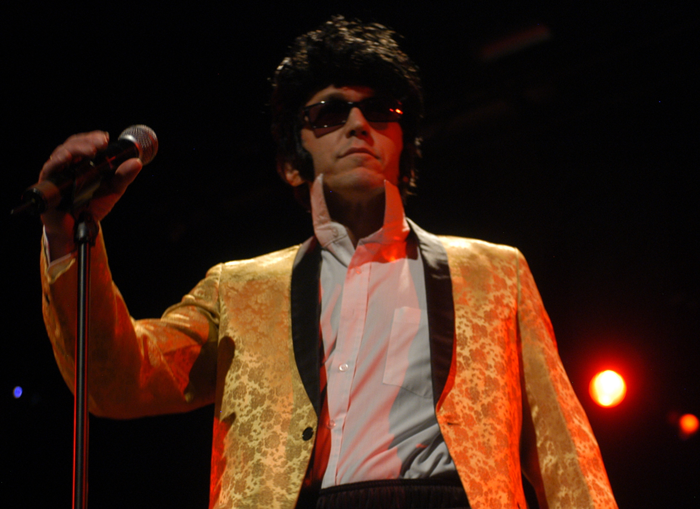 Music and books are my two great loves.

I’d been travelling around Europe after college (this is about 1979) and ran out of money in Athens. While I was waiting for family to wire over some money so I could get home, I saw an ad for a piano player needed in a luxury resort hotel. With nothing to do, I answered it. Flew to Crete and ended up getting hired as the piano player for the hotel and as a nightclub singer performing Elvis and Ray Charles songs. This small fishing village was so off the grid I think they thought the songs were original!

I worked for several years as a performer in America, paying my way through graduate school as a pianist. On the Power of Music


Originally a pianist and composer, I have written many songs, some of which have been recorded by notable artists, such as Warren Zevon. 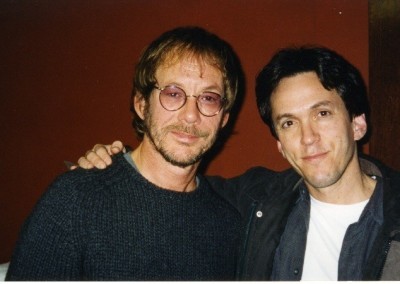 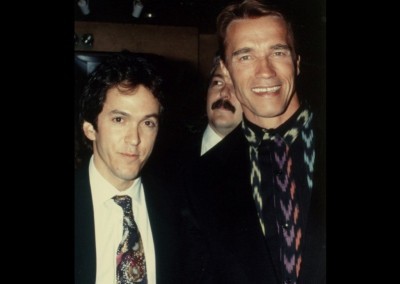 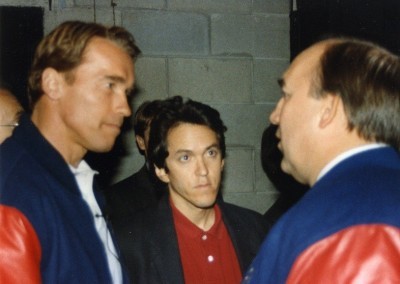 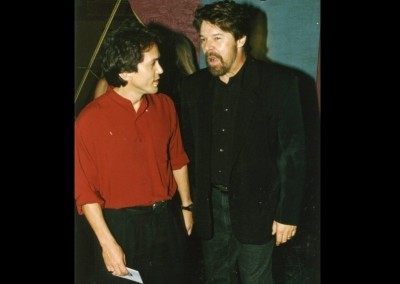 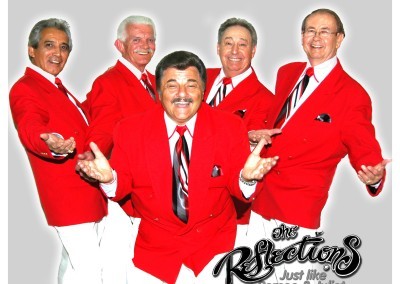 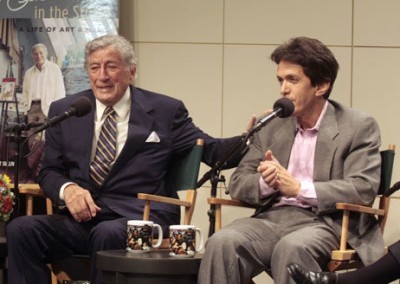 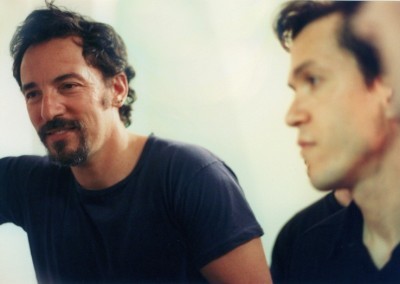 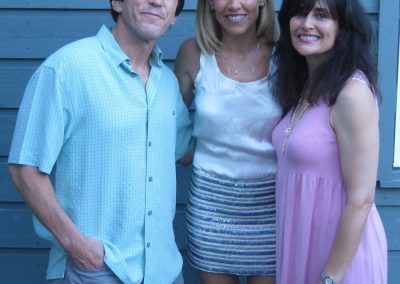 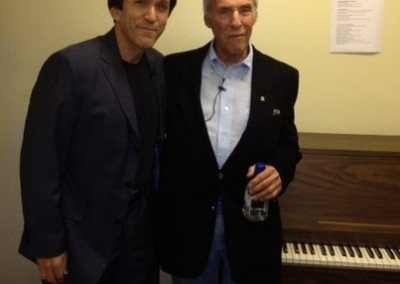 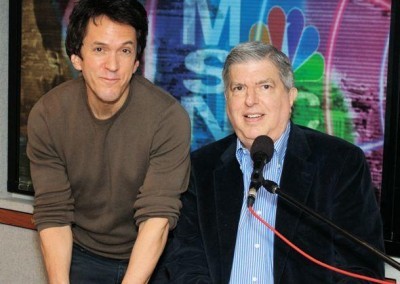 This was a last minute request from Stan Brooks, a friend of mine in the TV movie business. They needed a song to close a movie remake of “Christmas In Connecticut.” Arnold Schwartzenegger was directing it. My friend wanted something upbeat and big band-like that had to do with food or cooking.

I wrote the song quickly, my wife, Janine, sang it, her brother, John Sabino, did all the music and arrangements and we sent it off. Apparently, Arnold had his choice of several songs and when he heard ours he said, “I like za girl” or something like that. We met him at the premiere party in New York City, and he turned to Janine and me and said “Za song vaz VANTASSTIC!”

That story gets better now that he’s a governor.

by Janine Sabino, Mitch Albom | Another Pair of Aces

This was another request from my TV movie making friend who needed a song to be playing on a jukebox in a Willie Nelson movie, “Another Pair of Aces.”

I’d never really written a country song before. But it came pretty easily, and my wife and I do the singing on it (mostly because we couldn’t afford to hire anybody else.) We recorded it in Detroit, and it is in the film, in a scene involving Willie Nelson, a bar and a hard boiled egg. You have to listen very carefully to hear it. The egg keeps distracting you.

Hit Somebody! (The Hockey Song)

This song came about when my friend Warren Zevon and I were talking one day. He said, “You know, I’d like to do a sports song that nobody has done before.” And I said, “Hockey.” And he said, “What?” And I said “I can’t think of a single hockey song.” And he said, “Great! You should write me one!”

We left it at that. A few weeks later, I had an idea for a funny song about a big, goonish hockey player who is hired for his fighting but dreams of being a scorer. I wrote some lyrics and some music and sent it to Warren.

A few weeks later, I was out in California, and Warren and I sat with a case of Mountain Dew (he loved that stuff) and wrote some music and laughed. Then we went home. We left at it that, one of those ideas that come and go.

A few months later, Warren called me from a recording studio, where Paul Schaefer, David Letterman and that whole band were in session. And he said, “We’re recording the hockey song.” And I said, “What? You’re RECORDING it?” And he said, “Why did you think I asked you to write it? To read it?”

And that was that.

The song was actually released as a single in Canada, where it enjoyed some mild success. And it was played over the loudspeakers at Joe Louis Arena during a Red Wings playoff game, which I considered a personal highlight.

Jingle Bells (Ring for the Lonely)

This was a song written for a project called “Christmas In Detroit” It was hatched in a downtown studio, during a live radio broadcast. Some local bands were performing on the show, and the guys who owned the studio, a couple of brothers named Brain and Mark Pastoria, thought it would be a cool idea to get a whole slew of Detroit musicians to contribute songs for a charity Christmas CD. With all the musical talent in Detroit, it didn’t take long to fill the project. I was proud to be asked to write a tune and this song features my wife, Janine Sabino, and I. It’s a throwback kind of swing era song, and, outside of being overmatched by my wife’s singing voice, I kind of like the way it came out.

by Featuring the Reflections and an intro by Joe Dumars | Christmas in Detroit (Vol 2, 1994)

The first “Christmas in Detroit” project was so successful they did a second one. This is a tune I wrote for that. I have always loved doo-wop music, I played in doo-wop bands, and I was thrilled to befriend the guys from the Reflections, who did that great 1964 hit “Just Like Romeo and Juliet.” They agreed to sing on “Romeo’s Christmas” – a nod to their song – and you can hear their harmonies haven’t diminished one bit. That’s Janine and me singing again. Let’s face it. On a charity project, you are always your own easiest talent to recruit.