Leslie
Mitch Albom’s directorial debut, Leslie is a two-episode short film series that aired on the WIGS YouTube Channel in August 2012. Written by Albom and starring Catherine O’Hara as “Leslie” and Anthony “Cass” Castelow (of Have a Little Faith), Leslie is a comedy about an unlikely friendship between an actress and a homeless man she discovers. While she would normally ignore him, Leslie has a change of heart because she is up for the part of Mother Theresa, and doesn’t want to jinx her chances. They wait together for the call about whether she’s landed the role.

Mitch Albom Live premiered in 2009 as a weekly web show featuring unscripted conversations between Mitch and other influential creative personalities – including actors, musicians and authors like Tony Bennett, Drew Barrymore, Kevin Smith, Nick Hornby, Rosanne Cash and John Pizzarelli. Funny, relaxed and inspired, the 30-minute webisodes touch upon books, music, movies, and the creative lives behind such work. It was filmed both on location around the nation and in the WJR studios in Detroit, the base of Albom’s long-running “The Mitch Albom Show.”

Sponsored by Borders, the program aired on borders.com, and on Borders TV, the in-store Borders television network in stores across the country. It is archived exclusively here at mitchalbom.com. 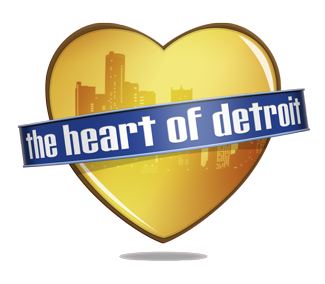 What happens when people with heart step up to do the right thing?

The Heart of Detroit is a groundbreaking public service initiative. Airing weekly during Local 4 News (Detroit) at 5 p.m. and then on MitchAlbom.com and TheHeartofDetroit.org, The Heart of Detroit will share inspiring stories of metro Detroiters with heart and everyday people who step up to help make our community a better place to live. Viewers will follow Mitch through documentary-style videos as he profiles unsung local heroes who spend countless hours sacrificing to make others less hungry, less troubled, less impoverished or just a little happier. Subjects are interviewed live on Live in the D on Friday mornings and episodes are rerun during Flashpoint on Sunday mornings.