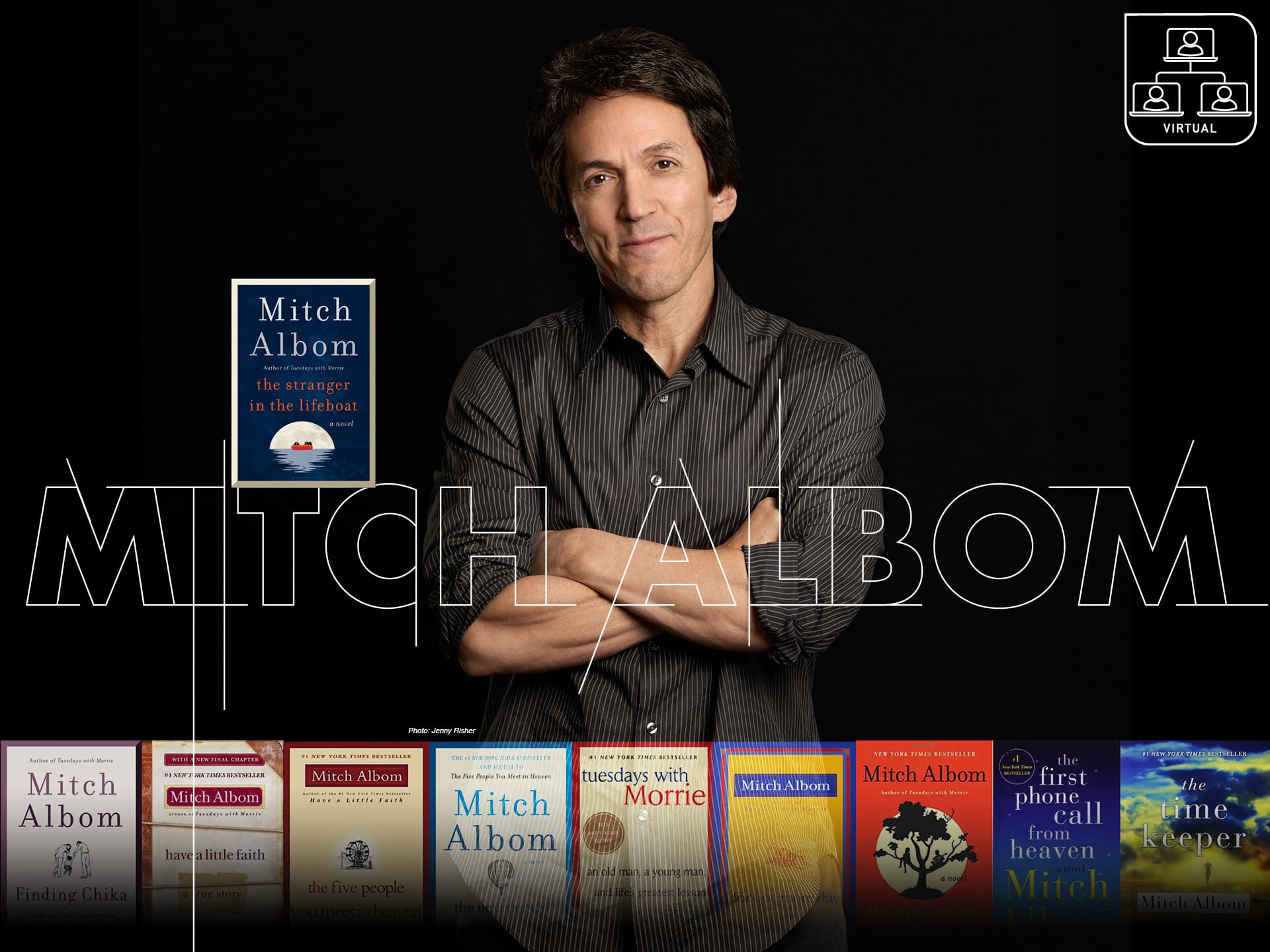 An Evening with Mitch Albom

Dozens of writers have played with the theme of people lost at sea, marooned on desert islands or stranded in frigid climes. Think Yann Martel’s Life of Pi, Daniel Defoe’s Robinson Crusoe and William Golding’s Lord of the Flies.

But Mitch Albom has converted the genre into one of his signature inspirational tales, this one built around a singular conundrum: Nine men are adrift on a raft after a deadly explosion. Short on food and water, they spot a man floating solo in the waves and pull him in.

“Thank the Lord we found you,” one passenger says.

And he declares that he will save them only if they all believe in Him.

So begins . . . The Stranger in the Lifeboat.

Albom joins us to discuss his new work, how the passengers decided if the stranger was who he claimed to be and whether we find the answers to our prayers where we expect them.

Author, journalist, philanthropist and musician, Albom burst onto the literary scene with Tuesdays with Morrie and has since written 10 books, which have sold over 39 million copies worldwide. He funds a series of charities that offer scholarships to disadvantaged children, shelters for the homeless in Detroit and impoverished children in Haiti.

VIRTUAL-ONLY. A link to the virtual program will be emailed to buyers the day prior. If a book is included in your ticket purchase, it will be mailed to the address you provide.