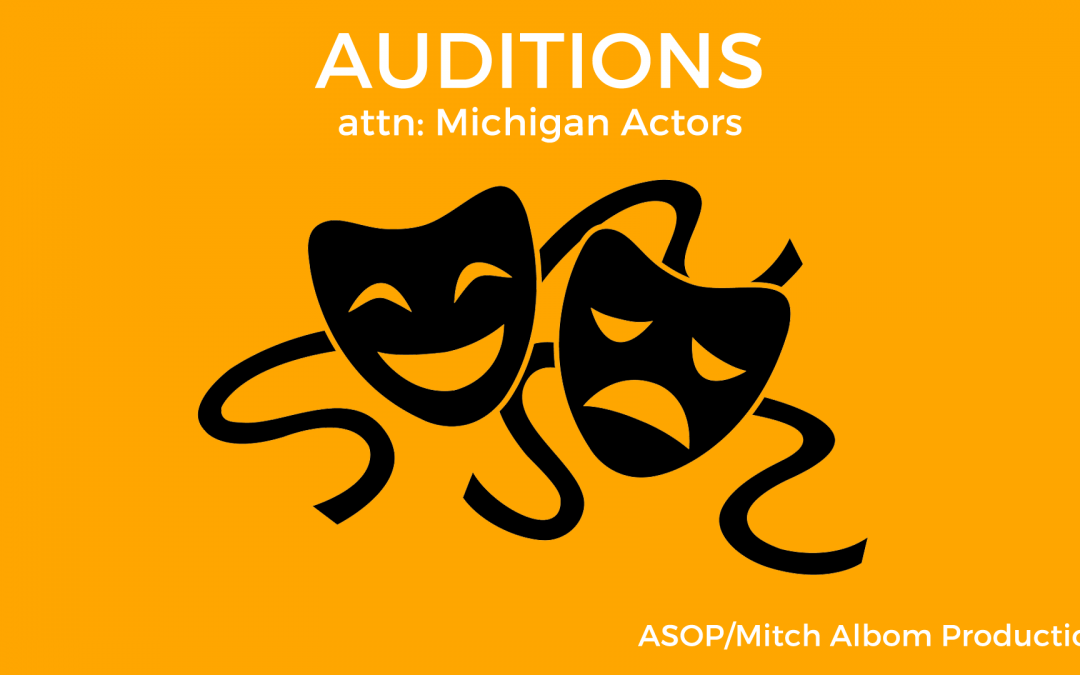 We’re not ready to share details just yet, but an original Mitch Albom production is coming May-July 2016.

Auditions for 5 acting roles will be held February 2nd and February 3rd.

To schedule an appointment:

All actors must be prepared to sing, dance, use multiple accents, and play multiple characters.