Frankie Presto Kindle Ebook is on Sale at Amazon 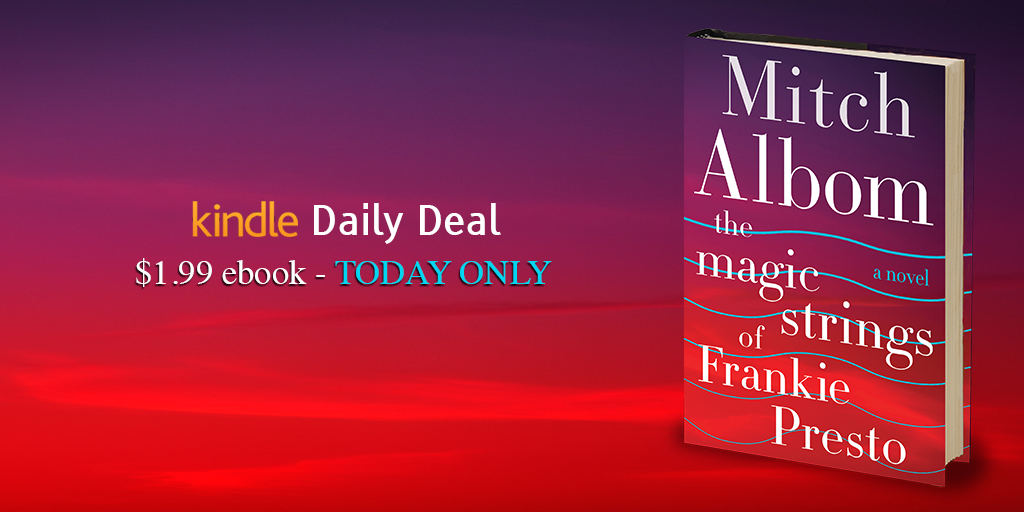 Mitch’s latest novel, The Magic Strings of Frankie Presto, is on sale today as an Amazon Kindle ebook for $1.99 in the US and Canada.

A New York Times bestseller published last fall, The Magic Strings of Frankie Presto is a magical novel about the bands we join in life and the power of talent to change our lives. The voice of Music narrates the tale of its most beloved disciple, Frankie Presto, a Spanish war orphan raised by a blind music teacher. At nine years old, Frankie is sent to America in the bottom of a boat. His only possession is an old guitar and six magical strings.

But Frankie’s talent is touched by the gods, and it weaves him through the musical landscape of the twentieth century, from classical to jazz to rock and roll. Along the way, Frankie influences many artists: he translates for Django Reinhardt, advises Little Richard, backs up Elvis Presley, and counsels Hank Williams.

Frankie elevates to a rock star himself, yet his gift becomes his burden, as he realizes that he can actually affect people’s futures: his guitar strings turn blue whenever a life is altered. Overwhelmed by life, loss, and this power, he disappears for years, only to reemerge in a spectacular and mysterious farewell.