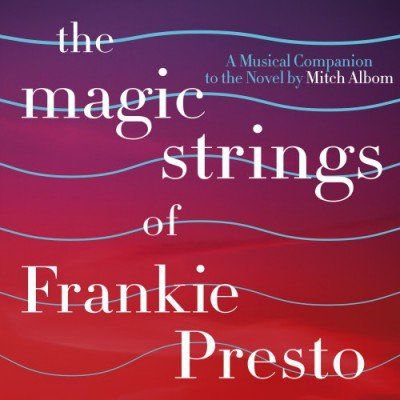 The Magic Strings of Frankie Presto: A Musical Companion CD is now available exclusively at Barnes & Noble. Shop here. It was released for digital download and streaming on iTunes, Amazon, Spotify, and Apple Music on November 6th.

The musical soundtrack features original songs by current recording artists including Ingrid Michaelson, Mat Kearney, Sawyer Fredericks and Phredley Brown that trace to the book’s story and were co-written with Albom—a longtime musician himself. In addition, the tracklisting boasts a number of previously released fan favorites that feature prominently in the novel. Mitch Albom collaborated directly with the artists to create a captivating companion piece to his prose. Further entwining the album and the book, Michaelson is even one of the narrative’s characters.

With ‘guest appearances’ from such real-life musicians as Tony Bennett, Wynton Marsalis Lyle Lovett, Paul Stanley, Roger McGuinn, Burt Bacharach and Michaelson – all of whom collaborated with Albom – The Magic Strings of Frankie Presto is a Forest-Gump like journey through 20th century music and a heartrending tale about human connections. As lyrical and finely-tuned as its protagonist’s strings, this is a masterful work from “a writer with soul” (Los Angeles Times).