Hockey – The Musical! Going Into Overtime 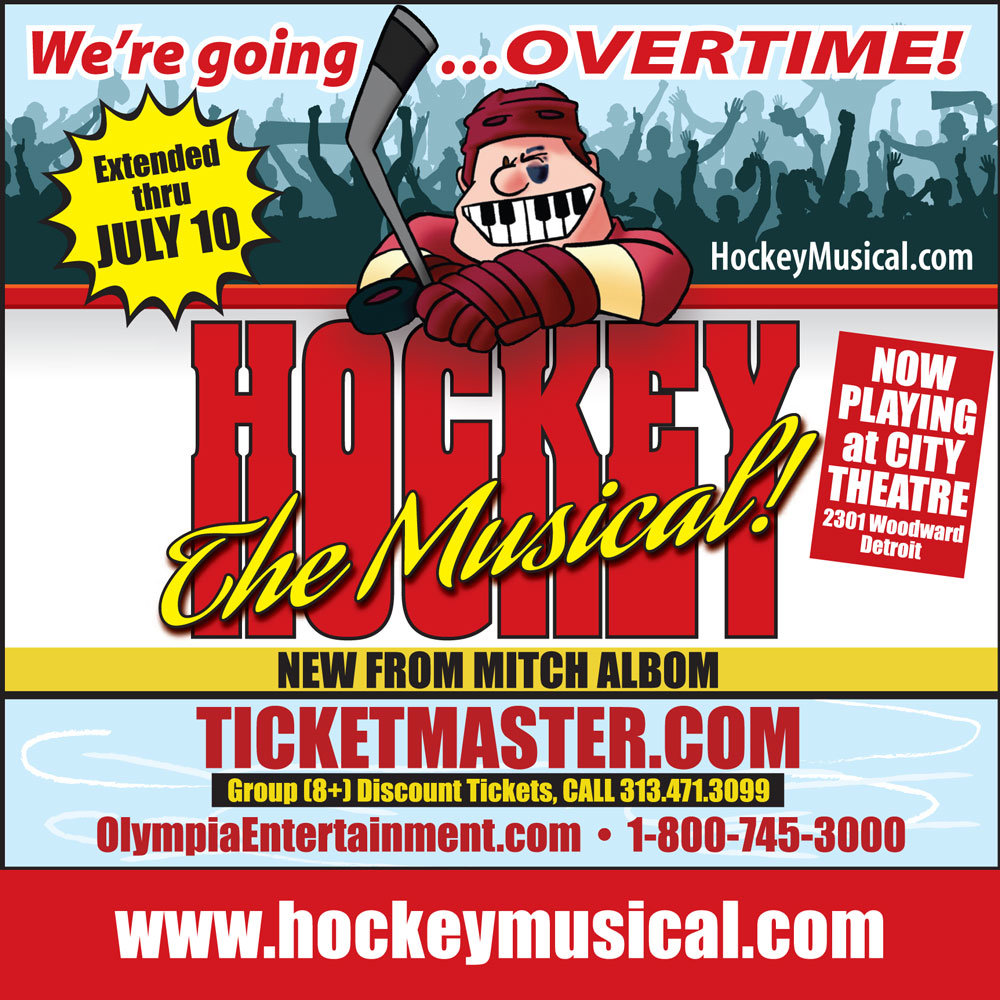 Mitch Albom and Olympia Entertainment are proud to announce a three-week extension of the acclaimed author and playwright’s first musical, Hockey – The Musical!. The new show dates for the extended run (listed below) will run from Thursday, June 23 thru Sunday, July 10 (evening performances Thursday-Sunday with additional matinee performances Saturday & Sunday). The “coolest show of the summer” has received praise from audiences and critics alike.

“I suspect that it will be performed in every hockey town in America and Canada.” – Encore Michigan

“On behalf of the actors, crew and producers, we are so thrilled that “Hockey- The Musical!” has been received so warmly,” said Hockey – The Musical writer and executive producer Mitch Albom. “It’s always good to laugh, and there’s something fittingly funny about an ice hockey musical being popular in the summer.  We’re very grateful to all those who have seen it and given it such good buzz.”

Those looking for a truly special night, or overnight, in The D needn’t look far – a number of local hotels and restaurants are now offering deals and specials to ensure hockey and theatre fans won’t be shorthanded.

Group Discounts for eight or more offer $5 to $10 off tickets.

Tickets are $39.50 and can be purchased through:

Episode 133 – The Tension of Opposites

EAT Detroit is back: Come hungry, do good on Aug. 3

Episode 132 – Living Together Before Marriage?