Kevin Smith Updates on ‘Hit Somebody’ 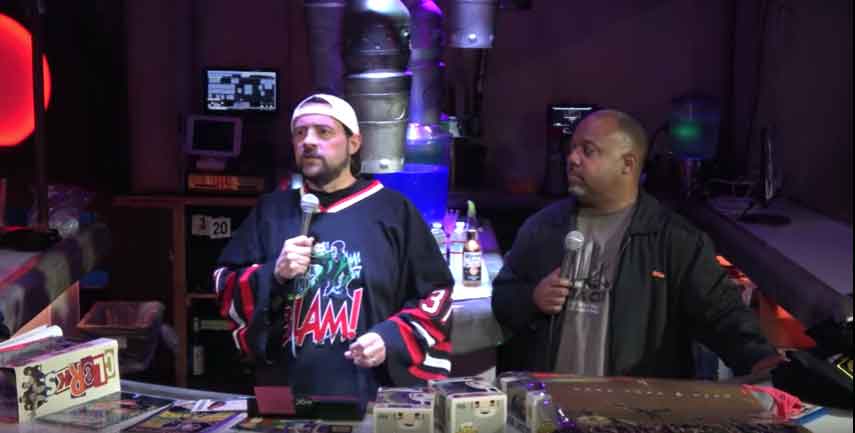 During a recent live recording of his Fatman on Batman podcast, Kevin explained:

“I did two episodes of SModcast where I read two of the scripts based on that, somebody heard it and said, ‘Ooh, can we do that here, why don’t you bring it here and we’ll do it here and we’ll do it up?’ So it’s gonna become this other thing and at the same time, Jeremy Simser, who’s the storyboard artist on Flash and Supergirl and Game of Thrones, some episodes of Game of Thrones, has started doing it as a graphic novel. So either way you’re seeing it and you’re gonna hear it as well. And I’m kinda hoping between those two that somebody goes, ‘Oh, this should be a film thing,’ and then it’ll eventually wind up as a mini-series. That’s my hope.”

Episode 150 – The Present of Being Present