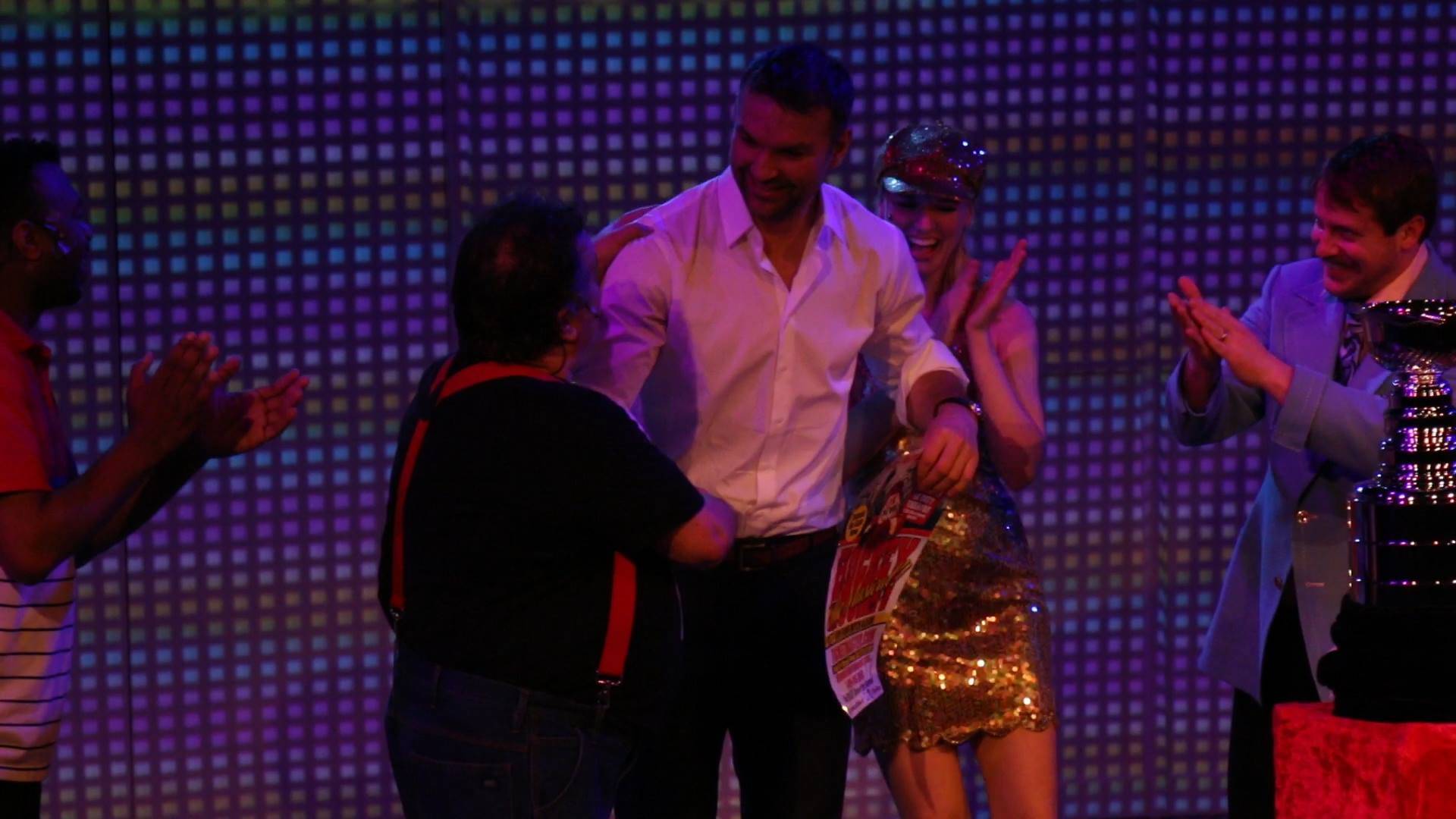 Mitch Albom will write the feature film about John Scott, the career “enforcer” who was voted into the NHL All-Star Game through an Internet write-in campaign, only to be traded down to the minor league when he refused to bow out. Scott would go on to captain his All-Star team, score two goals, and be named MVP of the game. Said Albom, “This is the stuff of Meet John Doe, Mr Smith Goes to Washington, Rocky or any number of films where people find themselves thrust into a situation with an historic outcome.

“When John was traded from Arizona to the Canadiens and promptly sent down, it seemed like he was being punished for an arbitrary thing that wasn’t about sports, after he dug in when the league pushed down on him to withdraw. At first, he said the same thing Rocky did when asked to fight the champ. He said, ‘No, I don’t belong there’ — this after fans started voting for him. But then, they pushed down on him and he said, ‘I know I don’t belong with these guys from a talent level, but I do know how to skate, and I’m not going to fall on my face. I may not be the greatest, but I’ve put my time in.’ And he was the best player on the ice that day.

“It’s never happened in the NHL nor any All-Star Game I can think of, where a player in the minor leagues did this,” Albom continued. “There is a universal story here, and also says something about this world we live in. By dint of somebody catching you on a video and putting it on the Internet, you can become famous or infamous without ever meaning to. There is also this irony of him having to leave Arizona to go to Newfoundland so, it would seem, he wouldn’t be able to participate in that game. He had friends in Arizona, it was home and it was the diametric opposite of the place he’s in now, because he wouldn’t back down.”