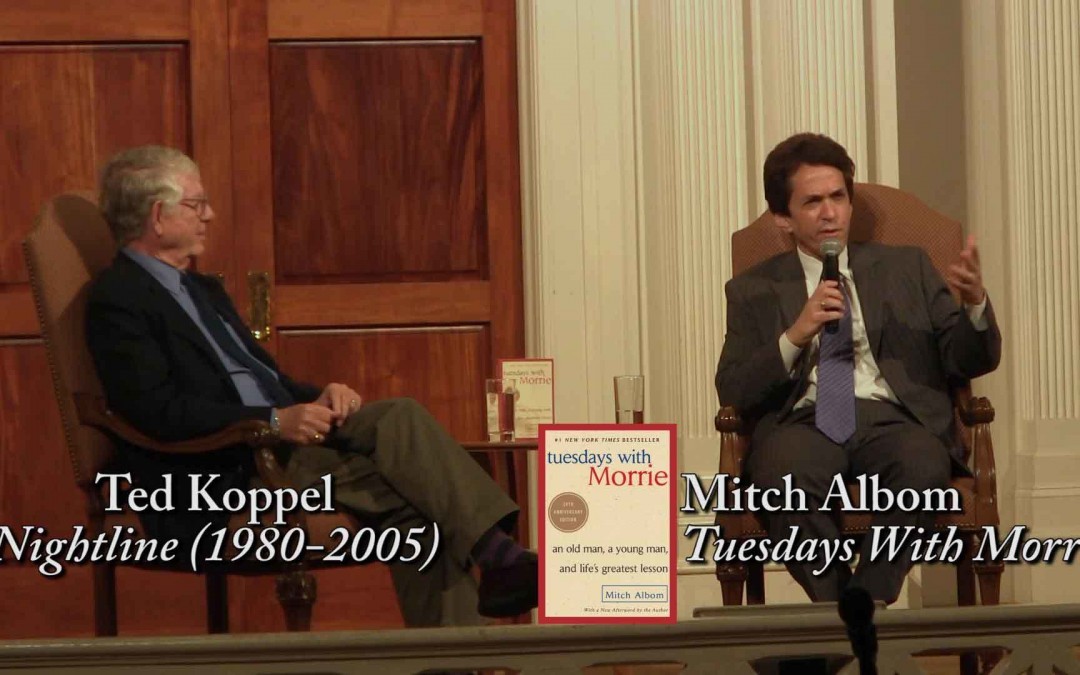 Brought together nearly 22 years after Morrie appeared on Nightline and 20 years after the publication of Tuesdays with Morrie, Mitch Albom and Ted Koppel appeared in conversation to a crowd of over 500 at Sixth and I in Washington, D.C. on July 25.

According to Mitch, his writing wasn’t the reason the book was so universally embraced, but Morrie’s wisdom. Ted agrees, as he dedicated his final Nightline appearance in 2005 by reflecting on his three interviews conducted with Morrie in 1995, one of which seen by Mitch and launched the genesis of what would become the international bestseller. “If there was a message to be left, it wasn’t about the famous people I’ve interviewed. It’s about a quirky, little guy outside of Boston,” Ted said. “Morrie kind of sticks with you. And he has stuck with me for many years.”

Where to Get Signed Copies of “The Stranger in the Lifeboat”