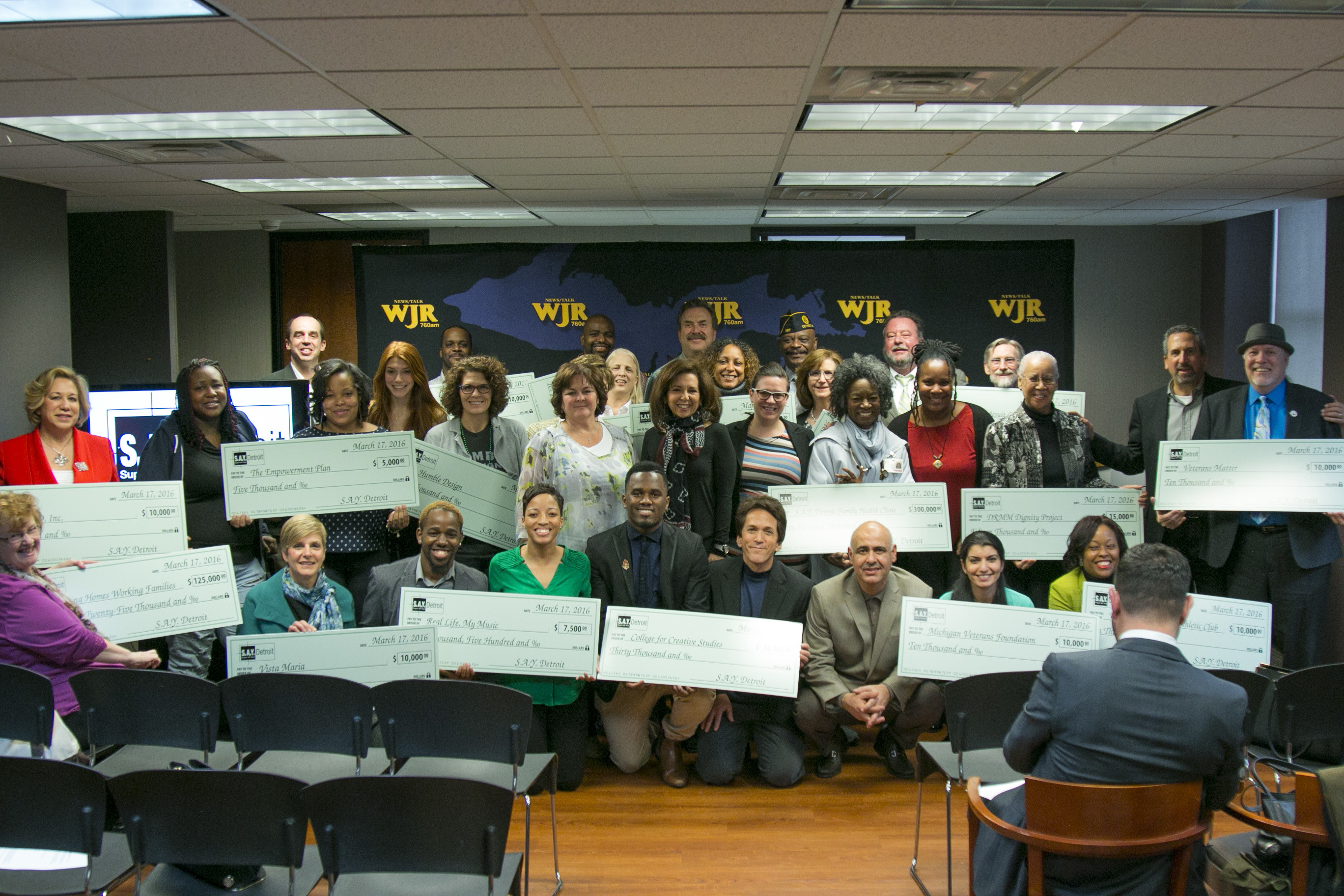 Albom, who founded S.A.Y. Detroit in 2006, presented the checks to the benefiting charities in a ceremony with Dr. Chad Audi, President of the Detroit Rescue Mission Ministries, along with representatives of several major donor organizations. The checks were distributed to the following charities:

“As founder of S.A.Y. Detroit, this is always our happiest day of the year because we’re able to help not only our own efforts for Detroit’s neediest citizens, but many of the other worthy charity organizations that do the same,” Albom said. “The groups that we have selected embody the best of Detroit’s spirit of community and cooperation, and we’re so pleased to share the generosity of our Radiothon donors with them.”

This year’s fifth-annual Radiothon is scheduled for Dec. 8 at the Somerset Collection in Troy. It will be broadcast live over 15 hours on WJR 760AM.

Episode 150 – The Present of Being Present