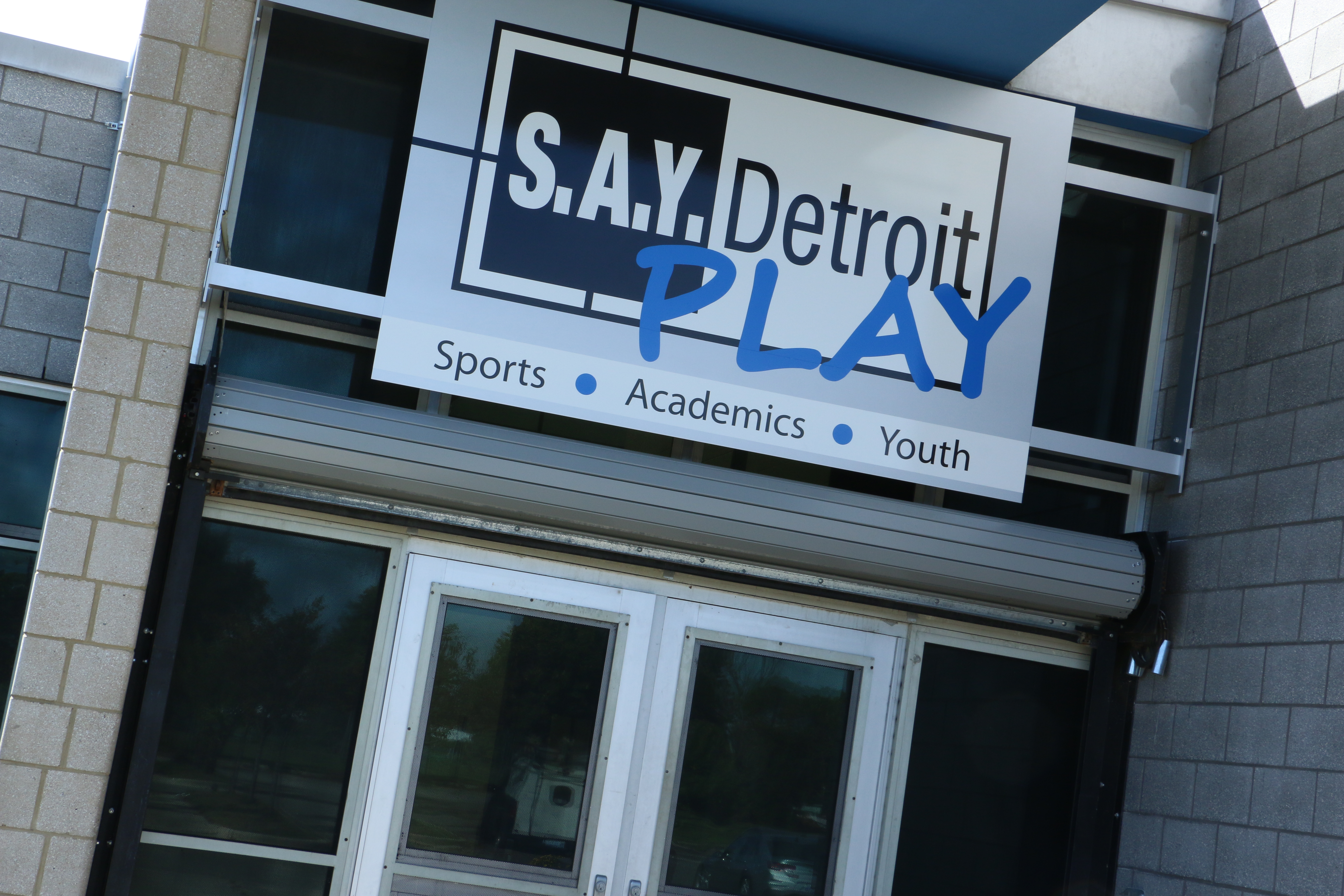 Abandoned in 2014 because of city budget cuts, the former Lipke Center is located on 14.2 acres in the Osborn School area at 19320 Van Dyke Street in Detroit. The new S.A.Y. Detroit Play Center at Lipke Park will emphasize motivational learning by offering state of the art athletic facilities along with access to professional athletes such as Stafford provided participating students (aged 8 to 18) maintain a higher grade point average and regularly attend school or enroll in the daily tutoring program offered on site. A 7,000 sq. ft. digital learning center built specifically for that purpose will also be unveiled along with a fully-equipped music recording studio provided by national non-profit Notes for Notes.

This unique new rec center is the brainchild of S.A.Y. Detroit Founder Mitch Albom, who says: “Our dream when we started planning this facility was to create first class athletics to inspire first class academics. This is a great day to see those two dreams coming together, and I hope this place becomes a launching pad for the dreams of Detroit kids whom it will serve.”

The goals of the S.A.Y. Detroit Play Center are to increase academic performance, attendance, and graduation rates along with helping to heighten social skills that will further aid students in their academic and professional pursuits. To accomplish this, the Center will work with nearby schools to monitor the progress of students and ensure they not only meet entrance requirements, but also identify areas where they need work. Those who fall below required grade point and attendance levels will be eligible for on-site tutoring and mentoring. If they put in needed academic hours, athletics, dance, and music will be available for their enjoyment.

Says Stafford, now in his seventh season with the Lions, “This is a tremendous opportunity to impact our city’s young people and make a change for the better in their educational experience by preparing them for college, jobs, and whatever else lies ahead.”

Aside from benefiting students, the S.A.Y. Detroit Play Center re-purposes a vacant community eyesore and will make its outdoor athletic fields available to the general public when not in use by students. Says Detroit Mayor Mike Duggan: “Thanks to Mitch Albom and Matthew Stafford, this neighborhood has an incredible facility that rivals what you’ll see in any city in this region. And it’s so important that there is such a strong emphasis on youth academics, not just athletics. This is a great partnership and a great day for this community.”

The opening would not have been possible without the help of many organizations, most notably:
Major League Baseball
The Detroit Tigers
The Detroit Lions
The National Football League
AstroTurf and their associates
The Detroit Rescue Mission Ministries work crew
Haworth for their amazing furnishings
DOW Foundation
Cooper Standard
Diamabrush and a slew of other trades people and volunteers